The charm of Andalusia

In order to understand what is so special about Andalusia, we'll get a glimpse of the vibrant and exciting atmosphere of the festivities that take place in Malaga and the surrounding villages throughout the year.

Unfortunately, we will not be able to remain in Andalusia throughout the whole year, so we will probably spend time only in one of the festivities we planned to get to, or one that would be celebrated on the streets of the city during our visit.

Each season of the year wins its own celebration, Holy Week celebrations, Christmastime celebrations, the Magical Kings parade, the coming of summer celebration, the carnival, the great Malaga fair and other local celebrations held in the villages and towns adjacent to Malaga.

I chose to describe the summer "Malaga Fair" as an example to a big-city joyful celebration and the "Moorish Moon Celebration" which is a very intimate and special celebration held in a small village near Malaga and pays tribute to the Moorish culture that ruled this land for several centuries.

The summer celebrations of the city of Malaga have their roots in the 15 th century with the incorporation of Malaga to the Crown of Castile by the Catholic Monarchs, who made their triumphal entrance into the city on 19 August 1487 after the long-lasting Moorish domain.

Malaga’s August Fair has reached present days as an expansive, cosmopolitan and international Grand Summer Fair that illustrates the City of Malaga as the nerve center of the Costa del Sol and its Metropolitan Area.

In a nutshell, let me just mention some of the main events: the inauguration of the fair accompanied by a spectacular firework show, the Romería (pilgrimage) where horseback riders, horse-drawn carriages and a lot of local people on foot accompany the bearer of the fair standard to the Sanctuary of the Virgin of Victoria, the fair in the city center, where you can savour wine and tapas while listening to music all along the ancient streets of Malaga and the Fairground offering marquees, live music and fair attractions for the enjoyment of visitors.

Before midnight and normally the Friday before 19 August, thousands of locals and visitors flock to the beaches at the Malagueta to hear the proclamation of the Fair, which opens the festivities and which each year is offered by a celebrity who is famous for his or her relationship with Malaga. At midnight, a spectacular sound, light and firework display begins.

The skies of Malaga are filled with bursts of multicoloured lights and a combination of joy, fire and colour. This is the start of 9 days of intense partying for all Málaga's residents and guests.

Pilgrimage to the Shrine of the Virgin de la Victoria

At ten in the morning on the first Saturday of the fair, at the Paseo del Parque Central, opposite the Town Hall, a large number of pilgrims, riders, carts and carriages congregate. All are decked out in their finery to witness the urban pilgrimage to the Sanctuary of Santa Maria Real Victoria, patron saint of the city. The Mayor hands the city flag, the 'green and purple', to the standard bearer on the steps of the Town Hall. Appointed by the association of the Historic Quarter, the standard bearer is usually someone whose personal or professional career or public significance has been outstanding during the year. This person will carry the flag to the building of the patron saint of Malaga, where it is dedicated to this Saint with a floral offering, and a solemn mass. After the religious ceremony has ended, the pilgrims return to the city center, and the festivals begin in earnest.

Fair in the City Centre

Every day during the Fair, from midday onwards, the Historical Quarter is an enticement to excitement and festivity. The old part of the city, with Larios street as the hub, captures the attention of locals and visitors. Locals like to celebrate their festivals in the same place where the life of the city –the hustle and bustle of daily work– are usually conducted. In the bars, cafeterias and huts specially set up for the occasion, you can savour the region's generous wines accompanied by a great variety of “tapas”.

And at a time like this, tasting Malaga wines, which are historically linked to the arts, is especially delightful. Because of their unique character and noble ancestry, they have been mentioned in many literary works. There have been literary mentions of the wines produced in the benign climate of Malaga since the days of the Romans, although it was from the times of the Muslim invasion that these wines became an inspiration for a number of authors. In the 18th century, they became the favourite of the Russian court: to the point that they were exempt from paying taxes. Malaga's white wines are yellow wines, pale wines with a variety of aromas, elegant, crisp, fruity, fresh-tasting with acid notes while the reds are full-bodied wines, well structured, where mineral and Malaga's soil aromas and flavours prevail. Malaga also produces a very varied range of sweet wines.

Malaga Fair is the only one held in two different venues, the Historic Quarter and the Real Cortijo de Torres, in Spain. On the evening of the first Saturday of the Fair, the Mayor of Malaga, surrounded by thousands of citizens, switches on the illuminations that will light up the Fairground for the next nine nights, thus inaugurating the annual fair at Malaga’s Fairground. A little later, all the aisles, huts and attractions brim with lively festival-goers, out to enjoy the fair from the very first moment.

One of the elements that sets Malaga Fair apart from other fiestas is that none of the "casetas" (individual entertainment marquees) that offer a multitude of different types of music and ambiances (flamenco, as well as dances that are typical to Malaga and Seville, "verdial" dancing, orchestras, music for young people, etc.) are free and do not charge an entry fee. Top national stars perform in the Municipal Auditorium, and in the marquee devoted specifically to young people (Caseta de la Juventud). As every year, the Fair has its Queen, chosen from the city’s most beautiful women.

As the night progresses, excitement and enthusiasm grow, accompanied by wine, laughter and dancing. Only when the first lights of dawn herald the start of another day will the activities start to wane and this is time to move the celebrations from the Fairground to the city’s Historical Quarter. The choice, however, is a personal one: even during the day there are activities in the Real such as the horse and carriage parade and the traditional fair rides.

The Festival of the Moorish Moon, is a festival held in Guaro, in the province of Malaga, Spain. The festival program includes concerts of Andalusian-Sephardic and Andalusian music, as well as theater performances, exhibitions, workshops, tastings, belly dance and Moorish craft market, all lit only with the Moon and twenty thousand and one candles.

The activities take place in the streets of the old town center. During the festival, dishes from ancient Andalusian cuisine manuscripts are rescued, accompanied by traditional Andalusian cuisine and Arabic music and dances.
In addition, there are storytellers, who tell children the best-known tales of the Arab tradition about Nasrid kingdoms and cities of the East and medieval parades, that introduce them to the customs of Muslim Andalusia.

This peaceful town with tolerant roots in coexistence, has managed to mix the most-recent traditions with the deepest roots of Al Andalus, giving rise to the celebration of the Festival de la Luna Mora, which has as aim to publicize the cultural legacy Andalusî.

Every year the visitor is transported to the past, where to remember the coexistence of several centuries between cultures, becomes a reality.

Throughout the day, you can walk through the Zoco, a true meeting point of the economic and cultural life of the time, where you can live a day full of activities such as exhibitions, theater, dance, parades, and exhibition of all kinds of crafts.

At nightfall, the village is illuminated with the light of 20,000 candles. The echo of the flamenco songs, dances and Andalusian music impregnate a scenario in which the spell is evident in each corner of the town. 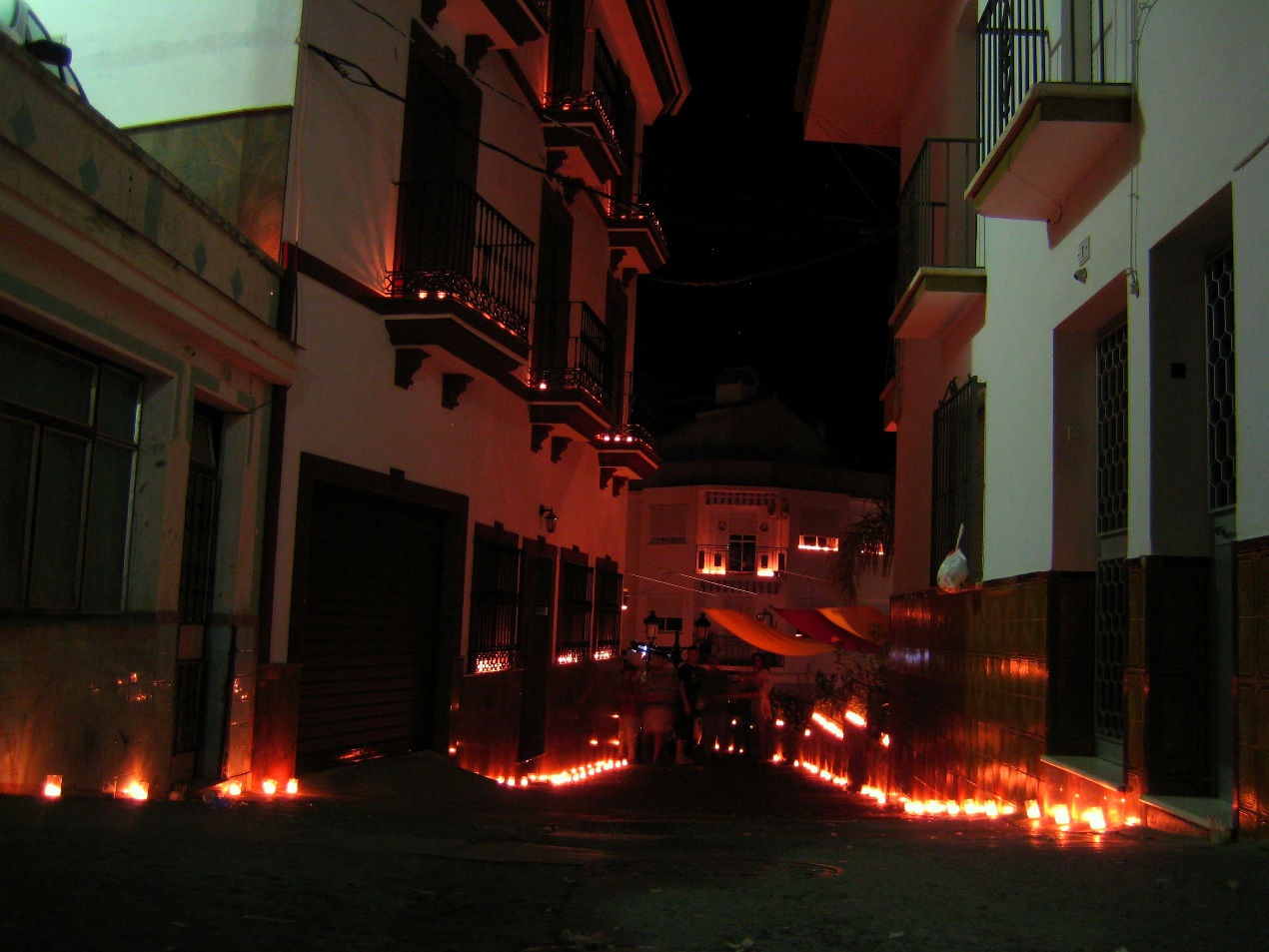 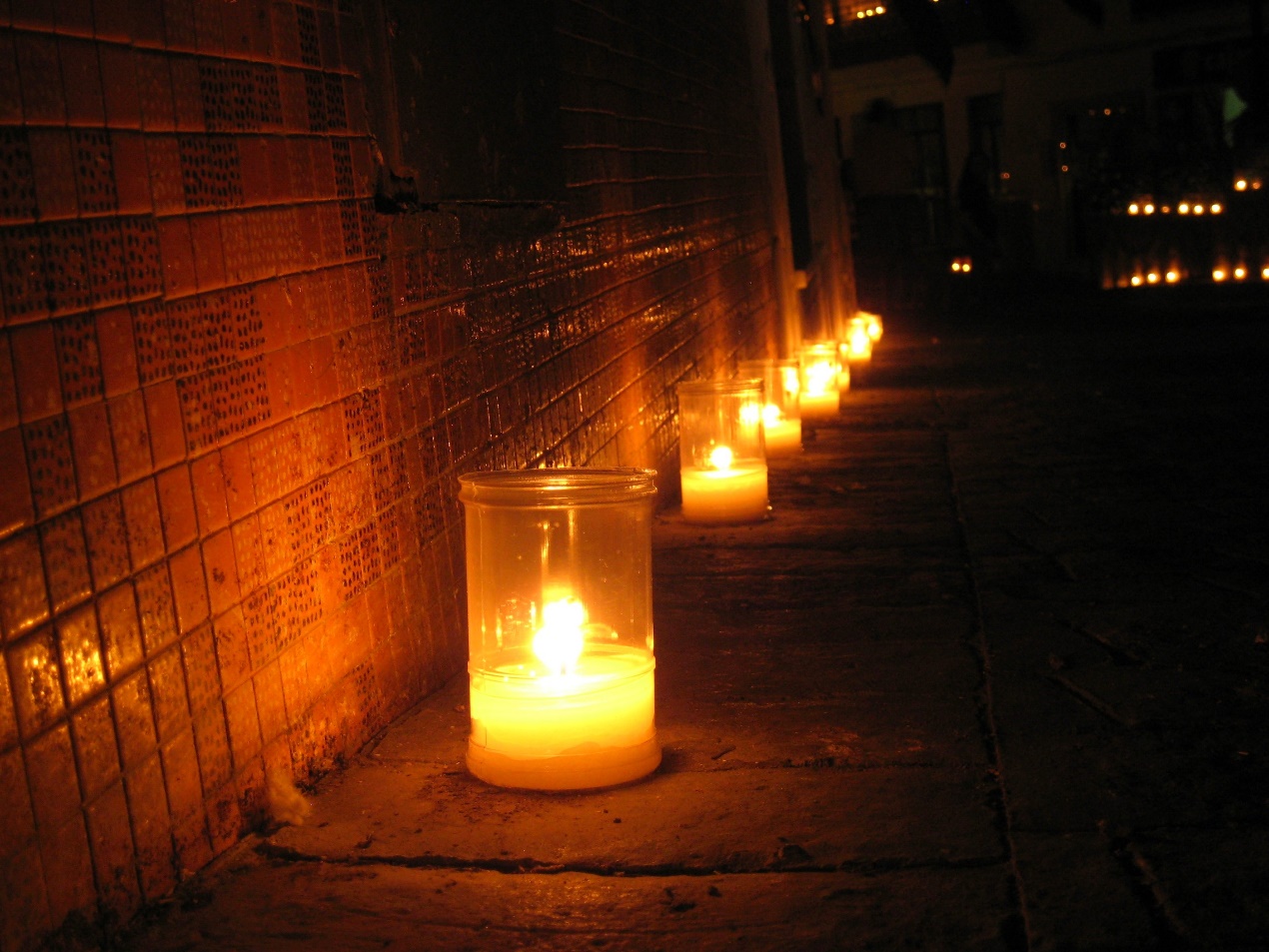 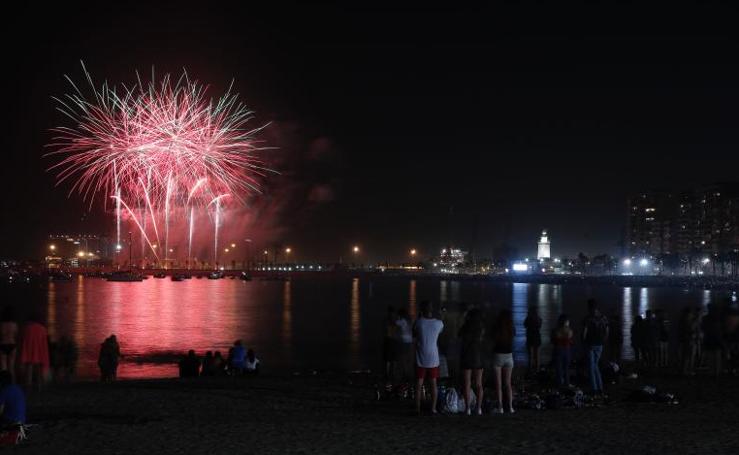 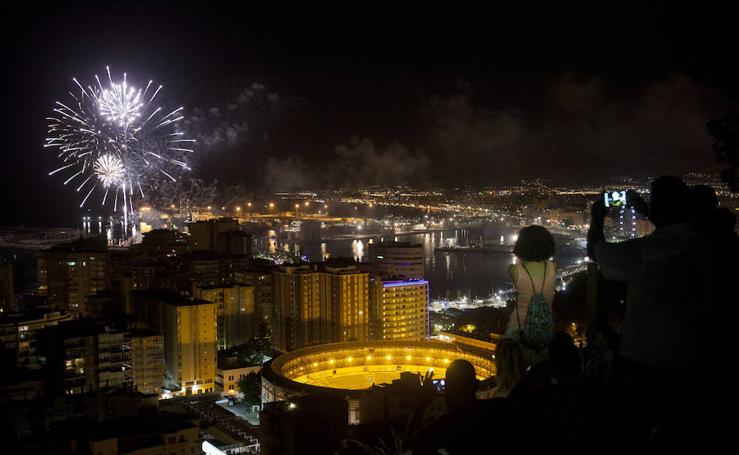 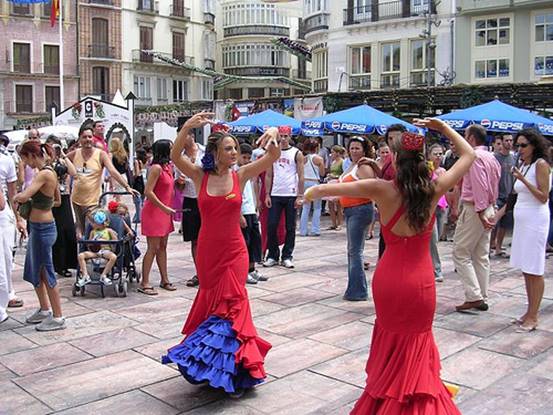 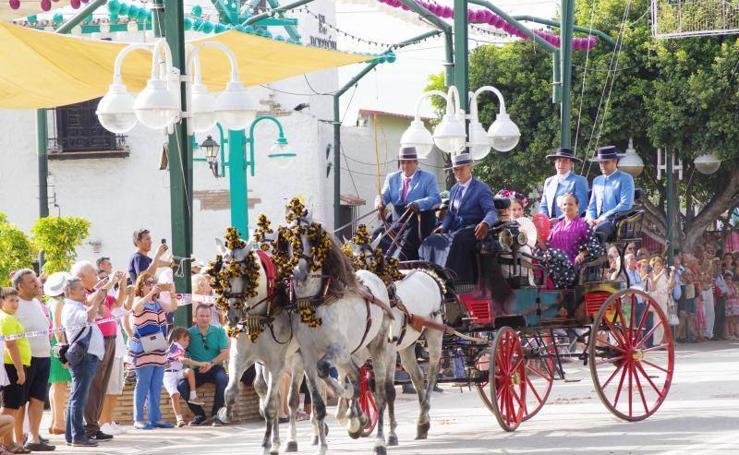